It's not enough to just blow the bad guy away. You gotta have style, flair, pizzaz. They need to know that they messed with the wrong dude--the dude with the perfect one-liner.

Musclebound Glory is about channeling your inner 80s action hero and crafting the perfect kill line. You and the other players will hear a randomized action movie-style moment (including the villain being killed, the method of annihilation, and a twist), for which you must craft the perfect killer zinger. The best line is decided by the group, and a new hero walks away from the explosion victorious, never turning back.

Each round, three crds are dealt out (one of each type). These will describe the scene: the villain, the way the hero kills them, and a twist.

Players take on the role of the hero, and should attempt to come up with a killer one-liner to suit this climactic moment. If a player is able to come up with a one-liner, they should signal that they are ready by striking an "action pose".

Once several players have a line (the exact number can be determined by the playgroup), they deliver them one at a time, with as much zeal as possible. If you have props, use 'em! Players who did not have lines this round act as the judges, determining which one-liner was best. Judges should reward players for incorporating all three of the cards into their line, but ultimately, the best one-liner is simply the one that feels right.

You can keep score and declare an official winner or just have fun crafting cheesy lines as a group.

This game was originally shown at the Come Out And Play festival in NYC in 2014.

The photos were taken by Lia Bulaong at Come Out And Play. 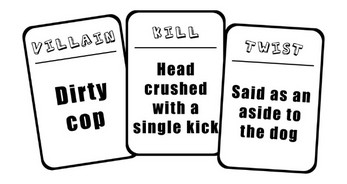 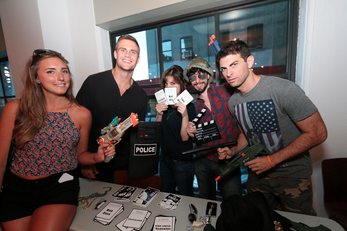 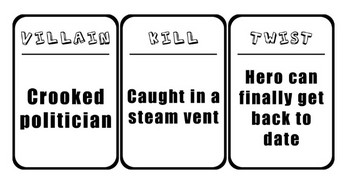 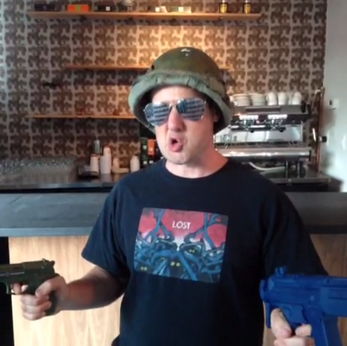